The question we are answering today is a twisted question. It is worded in a way that tries to make God to appear guilty of some kind of sin.

Let us now examine the Big Twisted Question, “How can a loving God allow evil especially to innocent or good people?” As we have already stated, this is not the real question. It is a twisted question attempting to make the listener answer one way or the other. Behind the question are numerous presuppositions, and the best place we can go to find answers to this question is the Bible. The book of Job gives the best collection of answers for this question, so let’s go there.

1 There was a man in the land of Uz whose name was Job; and that man was blameless, upright, fearing God and turning away from evil.

8 The Lord said to Satan, "Have you considered My servant Job? For there is no one like him on the earth, a blameless and upright man, fearing God and turning away from evil."

2:7 Then Satan went out from the presence of the Lord and smote Job with sore boils from the sole of his foot to the crown of his head. 8 And he took a potsherd to scrape himself while he was sitting among the ashes.

Misunderstanding #1  God’s love would never allow pain onto a loved one!

The Truth: God’s love may inflict pain on His children when they need discipline or improvement. (This statement does not imply that all pain comes as discipline, but it is one of the ways.)

You have not yet resisted to the point of shedding blood in your striving against sin; and you have forgotten the exhortation which is addressed to you as sons, “My son, do not regard lightly the discipline of the Lord, nor faint when you are reproved by Him; for those whom the Lord loves He disciplines, and He scourges every son whom He receives.” It is for discipline that you endure; God deals with you as with sons; for what son is there whom his father does not discipline? But if you are without discipline, of which all have become partakers, then you are illegitimate children and not sons. Furthermore, we had earthly fathers to discipline us, and we respected them; shall we not much rather be subject to the Father of spirits, and live? For they disciplined us for a short time as seemed best to them, but He disciplines us for our good, so that we may share His holiness. All discipline for the moment seems not to be joyful, but sorrowful; yet to those who have been trained by it, afterwards it yields the peaceful fruit of righteousness. (Hebrews 12:4-11)

What about innocent people? Actually only one person was perfectly innocent. Look at how God treated Him: All of us like sheep have gone astray, Each of us has turned to his own way; But the Lord has caused the iniquity of us all to fall on Him (Isaiah 53:6).

The Truth: God loved His Son yet He placed our eternal punishment on Him. The Son cried out to His Father for an alternate plan to be done (Matthew 26:42), and the Father said no.

Misunderstanding #2  God’s only attribute is love!

The Truth: God has many other attributes. One of them is holiness. Another misunderstanding is that love and holiness are totally separate. In actuality these two interweave each other perfectly. Therefore, love will do only those things that produce holiness. In addition, God’s holiness causes Him to see all human beings as sinful. There are no innocent people.

Misunderstanding #3  God’s love should give us everything we want!

The Truth: God’s love gives you what you need, not what you want. Most parents readily understand you cannot give your kids everything they want or they would be spoiled and irresponsible.

Misunderstanding #4  God is not sovereign!

Other ways to say this misunderstanding are to say “God is not in control of everything,” “Satan is more powerful than God,” and “Nothing good will ever come out of suffering.” This misunderstanding causes people to think that Satan sneaked up on God, put Him in some kind of head lock, and the demons had free reign to do evil on planet earth until God could get out of the wrestling hold.

The Truth: God is in control of everything, and He is working out His purposes and plans through all circumstances.

In Job 1:6-12 Satan is so feeble compared to God that he had to ask permission:

Now there was a day when the sons of God came to present themselves before the Lord, and Satan also came among them. The Lord said to Satan, "From where do you come?" Then Satan answered the Lord and said, "From roaming about on the earth and walking around on it." The Lord said to Satan, "Have you considered My servant Job? For there is no one like him on the earth, a blameless and upright man, fearing God and turning away from evil." Then Satan answered the Lord, "Does Job fear God for nothing? "Have You not made a hedge about him and his house and all that he has, on every side? You have blessed the work of his hands, and his possessions have increased in the land. "But put forth Your hand now and touch all that he has; he will surely curse You to Your face." Then the Lord said to Satan, "Behold, all that he has is in your power, only do not put forth your hand on him." So Satan departed from the presence of the Lord.

Misunderstanding #5  God does not have the right to take life!

Often when a child or young person dies this misunderstanding takes place and anger towards God results.

The Truth: God is the giver and taker of life. How could anyone argue with God when He takes a life when He was the One who gave it in the first place?

When Job lost virtually everything he said

"Naked I came from my mother's womb,

And naked I shall return there.

The Lord gave and the Lord has taken away.

Misunderstanding #6  God lets people get away with murder!

When people are not caught or convicted it is easy to believe the lie that God lets people get away with murder. Human beings forget God is a merciful God and desires for all to come to repentance.

The Truth: God is just. He will absolutely give every person what he or she deserves. Regarding the harming of a weaker person (a child, someone without a weapon, someone tied up, etc.) Jesus said, whoever causes one of these little ones who believe in Me to stumble, it would be better for him to have a heavy millstone hung around his neck, and to be drowned in the depth of the sea. 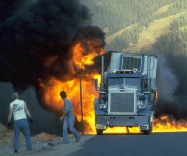 Continue to part 2 of article 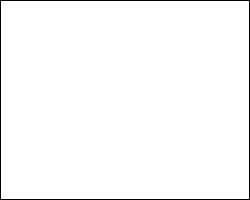 Satan’s Desire for You

Death is not Satan’s ultimate objective for you. It is something worse.

Can you be good enough to go to heaven in your own power? The spotlight is on you.

God could spend His time anywhere in the universe, but He chooses to be with you.